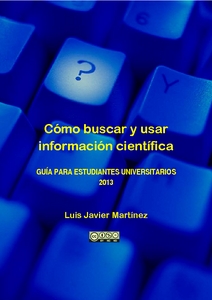 This volume presents an integrated assessment of the performance of energy conversion systems based on ligno-cellulosic biomass by referring to the nominal efficiency of each element as well as to the global performance of the integrated set. On the one hand, it focuses on the conversion of biomass into energy, on the other hand, on the distribution of heat to the end users. These two aspects are complementary and an integrated analysis is essential to design high-efficiency systems from a global perspective.The first part of the study defines the current energy performance achievable in practical applications on the basis of detailed energy monitoring of both combustion and gasification plants. The second part focuses on the energy and economic assessment of the distribution and use of the heat generated by a plant.

Gamma-ray bursts (GRB) are amongst the most energetic phenomena in the Universe. In 1997 (more than 15 years ago), BeppoSAX allowed the detection of the first GRB X-ray afterglow, leading to the detection of afterglows at other wavelengths (optical, radio) in the following years, probing the cosmological distance scale. There are still many other open issues which still need to be addressed, regarding both theoretical and observational aspects: prompt emission and afterglow physics, progenitors (including Pop III stars), host galaxies, multi-messenger information, etc.

Considering sustainable development of cities implies investigating cities in a holistic way taking into account many interrelations between various urban or environmental issues. 3D city models are increasingly used in different cities and countries for an intended wide range of applications beyond mere visualization. Could these 3D City models be used to integrate urban and environmental knowledge? How could they be improved to fulfill such role? We believe that enriching the semantics of current 3D city models, would extend their functionality and usability; therefore, they could serve as integration platforms of the knowledge related to urban and environmental issues allowing a huge and significant improvement of city sustainable management and development. But which elements need to be added to 3D city models? What are the most efficient ways to realize such improvement / enrichment? How to evaluate the usability of these improved 3D city models? These were the questions tackled by the COST Action TU0801 “Semantic enrichment of 3D city models for sustainable urban development”. This book gathers various materials developed all along the four year of the Action and the significant breakthroughs.

For over thirty years, IPSN and subsequently IRSN has played a major international role in the fi eld of nuclear power reactor core melt accidents through the undertaking of important experimental programmes (the most signifi cant being the Phébus-FP programme), the development of validated simulation tools (the ASTEC code that is today the leading European tool for modelling severe accidents), and the coordination of the SARNET (Severe Accident Research NETwork) international network of excellence. These accidents are described as «severe accidents» because they can lead to radioactive releases outside the plant concerned, with serious consequences for the general public and for the environment.

This book compiles the sum of the knowledge acquired on this subject and summarises the lessons that have been learnt from severe accidents around the world for the prevention and reduction of the consequences of such accidents, without addressing those from the Fukushima accident, where knowledge of events is still evolving.

The knowledge accumulated by the Institute on these subjects enabled it to play an active role in informing public authorities, the media and the public when this accident occurred, and continues to do so to this day.

Nuclear physics applications in medicine and energy are well known and widely reported. Less well known are the many important nuclear and related techniques used for the study, characterization, assessment and preservation of cultural heritage. There has been enormous progress in this field in recent years and the current review aims to provide the public with a popular and accessible account of this work.

The Nuclear Physics Division of the EPS represents scientists from all branches of nuclear physics across Europe. One of its aims is the dissemination of knowledge about nuclear physics and its applications. This review is led by Division board member Anna Macková, Head of the Tandetron Laboratory at the Nuclear Physics Institute of the Czech Academy of Sciences, and the review committee includes four other members of the nuclear physics board interested in this area: Faiçal Azaiez, Johan Nyberg, Eli Piasetzky and Douglas MacGregor. To create a truly authoritative account, the Scientific Editors have invited contributions from leading experts across Europe, and this publication is the combined result of their work.

The review is extensively illustrated with important discoveries and examples from archaeology, pre-history, history, geography, culture, religion and curation, which underline the breadth and importance of this field. The large number of groups and laboratories working in the study and preservation of cultural heritage across Europe indicate the enormous effort and importance attached by society to this activity.

Driven by ground-based, airborne, and IRAS observations, the PAH hypothesis was first formulated in the mid-eighties : the widespreas emission features in the 3-13 µm range are due to UV-pumped, IR fluorescence by large Polycyclic Aromatic Hydrocarbon molecules. These molecules are a ubiquitous component of the insterstellar medium both in local galaxies as well as out to redshifts of ~3 and probably beyond, play an important role in its physical and chemical characteristics, and form a key link between small hydrocarbon species and large carbonaceous grains.

The adventure of the ultra high precision photometry from space

This book is dedicated to all the people interested in the CoRoT mission and the beautiful data that were delivered during its six year duration.

Either amateurs, professional, young or senior researchers, they will find treasures not only at the time of this publication but also in the future twenty or thirty years.

It presents the data in their final version, explains how they have been obtained, how to handle them, describes the tools necessary to understand them, and where to find them. It also highlights the most striking first results obtained up to now. CoRoT has opened several unexpected directions of research and certainly new ones still to be discovered.

ESPAS provides an e-Infrastructure to support access to a wide range of archived observations and model derived data for the near-Earth space environment, extending from the Earth’s middle atmosphere up to the outer radiation belts. To this end, ESPAS will serve as a central access hub for researchers who wish to exploit multi-instrument multipoint data for scientific discovery, model development and validation, and data assimilation, among others. Observation based and model enhanced scientific understanding of the physical state of the Earth’s space environment and its evolution is critical to advancing space weather and space climate studies, two very active branches of current scientific research.

ESPAS has the strategic goal of making Europe a leading player in the efficient use and dissemination of near-Earth space environment information offered by institutions, laboratories and research teams in Europe and worldwide, that are active in collecting, processing and distributing scientific data. Therefore, ESPAS is committed to support and foster new data providers who wish to promote the easy use of their data and models by the research community via a central access framework. ESPAS is open to all potential users interested in near-Earth space environment data, including those who are active in basic scientific research, technical or operational development and commercial applications.

This book, written by a group of specialists in the different areas involved, summarises what we understand of the production and distribution of oxygen, the most abundant metal in the Universe. After presenting the methods of oxygen abundance determination in various media, it traces a panorama of oxygen in the Universe, describes the mechanisms and sites of oxygen production and finally discusses the chemical evolution of oxygen in different galactic and extra galactic contexts. An appendix thoroughly discusses the oxygen atomic data.

“On March 11, 2011, the North-East of Japan was struck by a huge earthquake followed by a major tsunami and a series of accidents that took place at the nuclear power site at Fukushima, with emissions of radioactive elements”. This was the message addressed by Prof. Kanazawa, President of the Science Council of Japan (SCJ), only a few days after the catastrophe, to his colleagues Presidents of the Science Academies, adding that he nourished the hope the “the academies would continue in the future to help with the necessary rehabilitation work”.

The idea arose immediately to set up an ad hoc academic Working Party, with the assigned mission to analyse the events that had taken place in Japan, to make a status report regarding seismic and nuclear risks both in metropolitan France and in overseas territories and to draw conclusions and make recommendations as deemed appropriate to the situation. The academic Working Party comprised three separate sub-groups, each dealing with one of the three aspects – seismic, nuclear and medical – of the drama as it unfolded.

For each of these components, objects of the three parts of this report, the analysis of observed events in Fukushima was supplemented by a reflection o the strengths and weaknesses of these areas in France, in order to formulate the necessary recommendations and to answer scientific and societal question public arises. Although uncertainties remain and that new information still come each month to enrich the record, the enclosed reports seemed complete enough to be published in the state, after the anniversary of this tragedy that will long continue to challenge us.